On September 24 the film “Claret” had its premiere in the city of Seville. The Provincial Government, gathered in various works in these days, had the opportunity to attend the premiere.

Hopefully we will soon be able to see it all together, a film for all ages, but certainly challenging for the youngest.

Here is a trailer of the film. Take a peek and see how it looks so interesting! The photos of the day also feature Director Pablo Moreno and the two main actors. Playing Claret is Antonio Reyes. And Queen Isabel II is Alba Redondo.

We use cookies on our website to give you the most relevant experience by remembering your preferences and repeat visits. By clicking “Accept”, you consent to the use of ALL the cookies.
Cookie settingsACCEPT
Manage consent

This website uses cookies to improve your experience while you navigate through the website. Out of these, the cookies that are categorized as necessary are stored on your browser as they are essential for the working of basic functionalities of the website. We also use third-party cookies that help us analyze and understand how you use this website. These cookies will be stored in your browser only with your consent. You also have the option to opt-out of these cookies. But opting out of some of these cookies may affect your browsing experience.
SAVE & ACCEPT 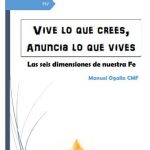 Live what you believeNews, Sin categoría 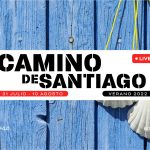